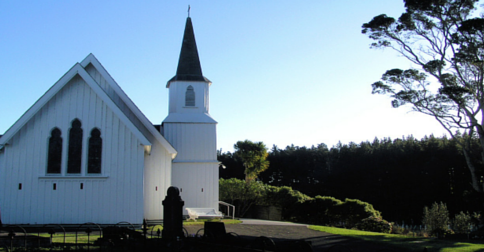 Break Up? Seriously?! …But Lord, He’s/She’s Suddenly Going To Church!

Are we sometimes in danger of giving God excuses for staying in abusive dating relationships that He never ordained?

If you’ve read, “My Next Project: Understanding Domestic Violence Through The Eyes of Saul, David, and Jonathan”, you’ll know that I’m trying to prayerfully gather as much information as I can on 1 Samuel so I can have more practical solutions to help end this broken home cycle.

Awhile ago, I posted a note on Facebook called, “Do abusive relationships happen by chance, or does God give warnings before we say, I do”, as I was studying 1 Samuel. No one was able to answer yes to that question. If God doesn’t give warnings to one about to enter an abusive marriage, then what does that say about His character? Can He still claim to be a God of love?

The Lord has said in Psalm 127:1 that He has clear principles on how our homes should be built. “Except the Lord build the house, they labour in vain that build it…” I believe this also includes warnings about domestic violence. I’ve been reading about how Israel was warned of the tyrannical nature of the king they were requesting. Samuel told them, “Ye shall cry out in that day because of your king which ye shall have chosen you…” 1 Samuel 8:18. “Nevertheless the people refused to obey the voice of Samuel; and they said, Nay; but we will have a king over us…” 1 Samuel 8:19. Why didn’t Israel heed the warnings?

(Read “Can the Meditation of Our Hearts Help Predict the Success of Failure of Our Future Relationships” Part 1 and Part 2.)

There is no excuse for abuse. However, we can still learn lessons from Israel about how God still wants us to pay attention to His warnings in His Word so we can avoid the same mistakes. 1 Corinthians 10:11. Israel fell into the trap of desiring a despotic king because they were caught up in what they could see instead of Who they should know. Consider these verses in 1 Samuel 8:4, 5: “Then all the elders of Israel gathered themselves together, and came to Samuel unto Ramah, And said unto him, Behold, thou art old, and thy sons walk not in thy ways: now make us a king to judge us like all the nations.” The elders’ pretext for having a king was because they didn’t see Samuel’s sons being good men. Sometimes people enter and stay in wrong relationships with boyfriends or girlfriends because they don’t see any good men or good women in church living for Christ instead of trusting God to provide for them in His time.

“Israel fell into the trap of desiring a despotic king because they were caught up in what they could see instead of Who they should know.”

Instead of wanting to allow God to be their king, Israel wanted to see a man rule them. They said, “…We will have a king over us; That we also may be like all the nations; and that our king may judge us, and go out before us, and fight our battles.” 1 Samuel 8:19, 20. Seeing Saul’s height appealed to them as well. Saul “was higher than any of the people from his shoulders and upward. And Samuel said to all the people, See ye him whom the Lord hath chosen, that there is none like him among all the people? And all the people shouted, and said, God save the king.” 1 Samuel 10:23, 24. As far as Israel was concerned, Saul’s superior height was another reason he was the one to fight all of their battles.

The problem with Saul was that though he “higher than any of the people”, he didn’t desire Christ. The amazing part of this story is though Israel had rejected God (1 Samuel 8:7, 8), God still worked on their behalf. He gave Saul “another heart”. 1 Samuel 10:9. After Saul received a new heart, “a company of prophets met him; and the Spirit of God came upon him, and he prophesied among them.” 1 Samuel 10:10. This showed that Saul didn’t have the Spirit of God in him before this miraculous intervention of the Lord. In spite of the fact that Israel wasn’t desiring a God fearing leader, the Lord was doing His best to work on Saul’s heart.

As I read that, I was thinking that Israel still could manufacture an excuse to bypass God’s warnings. The king that the Lord had warned Israel against now had the Spirit of God. Saul’s prophesying was so well known that “…it became a proverb, Is Saul also among the prophets?” 1 Samuel 10:12. Wasn’t Saul’s sudden prophesying enough evidence that Saul wouldn’t be a despotic ruler despite what God had said? People had seen Saul prophecy, but did they earnestly pray and desire for God’s will to be done concerning choosing a king? Did God want really want someone to reign as king whose whole life story was that he didn’t desire Christ? As the story continues in 1 Samuel, we learn that Saul’s new heart experience was only temporary. He soon went back to his old, unconverted ways and became worse and worse.

Regardless of the warnings in the Word about a potential abusive marriage, some people continue dating because their boyfriend or girlfriend suddenly starts going to church with them. Is this in of itself enough evidence that the relationship will not continue to be abusive despite what God has said? Does going to church make a person a Christian? Are we earnestly praying for God’s will on this issue, or are we relying on what we can see?

When considering marriage, let’s give no excuses when God says to break up abusive relationships.

When God says to break up abusive relationships
Can We Really Carry Our Own Trials During The Day? Jonathan: “David, there is no issue of domestic violence in my home. Period.”