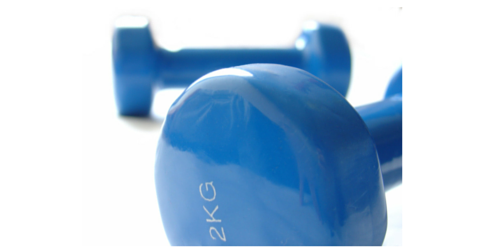 Can We Really Carry Our Own Trials During The Day?

Having The Mind of Christ by Franklin Morris II

“While on earth, Christ refused to hold on to cares and burdens during the day and then give them to His Father in the morning or the evening. He knew without giving these trials to His Father immediately, it would be too heavy for Him to carry in His humanity. We see this heavenly mindset at the cross. ‘Then said Jesus, Father, forgive them; for they know not what they do.’ (Luke 23:34). Christ refused to mentally process this trial without praying to His Father. In His humanity, Christ realized His need to live His life fully dependent upon His Father. Of Christ it is said, ‘And being in an agony he prayed more earnestly…’ (Luke 22:44). Do we have an earnest desire for Christ to live in us as we go through hard times?

If a trial was represented by holding onto a five pound weight with a fully outstretched arm, could you imagine consecrating yourself to God in the morning, getting into a trial early in the day, and then waiting until the evening time for God to relieve you of this burden? Though a five pound weight is small, would you have enough strength to carry it throughout the day without God’s help? What would happen if you had more than one trial? Could you carry multiple weights by yourself for hours on end with outstretched arms? Oftentimes, this is what we do with God. We don’t let Him carry our burdens in the day. We think we have the strength to carry five pound weights, so we only have set times to talk with God. Consequently, we fall under the pressure of the many weights that are given to us during the day.

If this concept of trying to carry five pound weights by ourselves for hours was indelibly impressed on our minds, we would better understand this phrase: ‘when I am weak, then am I strong.’ (2 Corinthians 12:10). Imagine a young man in his twenties trying to hold a five pound weight with his arm fully outstretched for twelve hours, representing the time in between his morning and evening devotions. His goal is to fully extend his arm and keep it perfectly horizontal to the floor. How long will he last before giving into the weight of his burden? Next, image a ten year old getting a five pound weight with fully outstretched arms, but giving that weight to the Lord as soon as he receives his burden. Out of the two people, who is stronger: the young man in his twenties or the ten year old? Who would fall under the weight of the burden throughout the day? Who would be able to endure more trials? The Bible says that we should cast all our cares upon God because He cares for us. (1 Peter 5:7). We can do this while we are sitting, walking, lying down, or rising up. If we so desire, we can never be too far from God.”

That was an excerpt from my book, “Except the Lord Build the House: Overcoming the Dysfunctional Mind.”

Please watch to this video clip where I used the above analogy to show how much we need Christ moment by moment in our lives. As you’ll be able to tell, it was really fun to do this, but it really drove home the point about our need of continual communion with God.