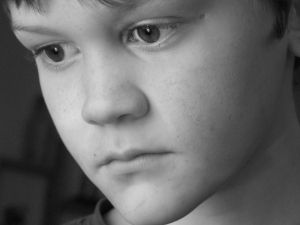 The Importance of Thinking about Domestic Violence and Dysfunctional Relationships

Why Should We Think About Domestic Violence and Dysfunctional Homes? by Franklin Morris II

CNN’s recent article, “Peering inside a batterer’s mind — and his victim’s soul”, struck a cord with me. I saw how the Bible based solutions I wrote in my book could have prevented this man from being a batterer. In the chapter, “The Blueprint for Overcoming Dysfunctional Backgrounds”, I wrote: “People can ignore their dysfunctional home environments and try to go on with life—even a Christian life—as if all is well and has always been well. But how can they be totally restored if they don’t prayerfully reflect and consider their past family failings in light of God’s Word, like the righteous son in Ezekiel 18:14? If they’re not totally restored, then how can they stop from repeating the same sins of their parents?”

“…How can they be totally restored if they don’t prayerfully reflect and consider their past family failings in light of God’s Word, like the righteous son in Ezekiel 18:14?”

This Ex-Batterer Failed to Consider His Dysfunctional Background

CNN pointed out these events that happened before the man became abusive:

“Dylan’s parents weren’t perfect. Neither were friends who he idolized. Not many people are.

Scene one: His mother and father argued. The abuse was verbal, sometimes physical. Twice he watched his father push his mother.

Scene two: He was sitting on a bus in the high school parking lot. He watched out the window as an upperclassman he respected struck his girlfriend. Hard. She was the sort of girl Dylan dreamed of dating someday. He gawked with others as she cowered and bled.

At home and at school, no one talked about what Dylan saw. Love between a man and a woman, as far as he could tell, was allowed to look this way.”

“Love between a man and a woman, as far as he could tell, was allowed to look this way.”

If you’ve read “My Thoughts on Ephesians 5”, you know that true, Christ centered love never involves a man abusing his wife or girlfriend. However, if this ex-batterer didn’t know what true love really is, then what would stop him from following the model he saw especially in his parents?

According to an Huffington post article, 38,028,000 women “have experienced physical intimate partner violence in their lifetimes.” 1 in 4 women “will be victims of severe violence by an intimate partner in their lifetimes.” What are we doing for the Dylans of our day that grow up in this type of dysfunction? Are we silent on the issue, or are we opening up the discussions and talking about real solutions to this domestic violence epidemic in our society?

“At home and at school, no one talked about what Dylan saw.”

The Consequence of Not Thinking about Domestic Violence and Dysfunctional Relationships

Dylan’s ex-girlfriend recounted how he became physically violent with her. CNN reported that “She tried to close a door between them, which only enraged him further: ‘Never shut the door on me!’ Then came that punch to her chest, which sent her 5-foot-4, 110-pound frame flying into a heap of laundry on the floor…Her friend took her to the hospital, where the doctor said, ‘I don’t know how you’re alive.’ One inch to the left, she was told, and the direct blow to her chest could have killed her. ‘I’m very lucky,’ she says. ‘I have angels on my shoulders.'”

“If they’re not totally restored, then how can they stop from repeating the same sins of their parents?”

Why did Dylan react like this to his former girlfriend? He just was following the model of love that he saw growing up. What he gave was only the so called love that he knew. This is very serious because we, too, will naturally follow what our thoughts dwell upon. If we haven’t prayerfully considered domestic violence in our own homes, those abusive tendencies have a great potential of becoming our second nature. The Bible tells us that our hearts, without Christ abiding in it, are “desperately wicked”. Jeremiah 17:9.

Are you considering your broken home environment?

By following God’s principles, we CAN break the cycle of domestic violence and dysfunctional homes!